Andrew Grimm Teams Up With Eric Ambel – A LITTLE HEAT

“… our emotional dependency is being preyed upon which will cripple our efforts to see clearly the world, each other, and ourselves.” – Andrew Grimm 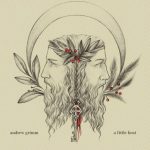 Andrew Grimm Teams Up With

A LITTLE HEAT out on October 30th

First single, “Don’t Die For Their Money” sets the tone

Slowly this storm rises up from behind

Somehow it got us right between the eyes

Hope is just a flicker in the pitch-black night

Reminding everyone that there used to be light– “Out Of Control”

“…unmistakable poetry and his vocal register flirts with the minor key and at times achieves a more guttural, gritty growl” – Americana Highways

WhistlePig Records singer-songwriter artist Andrew Grimm will release his worldwide solo debut, A Little Heat, on October 30, 2020. The ten-song album was remotely recorded and produced by Eric “Roscoe” Ambel at his Evie’s Terrace Studio in NYC and Andrew’s home studio, East of Eden, in Baltimore, MD. Andrew doesn’t attack the listener; he addresses issues from political to racial to science back to culture with a sharp tone to his already expressive voice.

“As I worked on this record, it became clear to me that, ‘I am making a political and cultural statement,’” declared Grimm. He’s throwing sucker punches, rocks, and holding up mirrors for all to see and reflect on how 2020 is shaping to be the year of crystal vision.

It all began one day during the very early stages of the COVID-19 pandemic, while producer Eric “Roscoe” Ambel (The Yayhoos, The Del-Lords, Joan Jett) was watching Andrew play online on Facebook. Grimm sent him a message about working together and sent his freshly minted song, “Money Is A Motherfucker,” a fiery response to the global economic downturn.  While the Baltimore English professor didn’t think much after that, within about ten minutes, Roscoe laid down drums and guitars and sent the song back, asking, “What else you got?!?” Thus, the production of A Little Heat began.

“…we built a lovely musical place of our own based around Andrew’s songs that came from this very specific time (the pandemic). It was an experience I’ll never forget, and we recorded it all for you” – Eric “Roscoe” Ambel

Grimm let the words and melodies crank out of him like a well-oiled machine, and Roscoe echoed the sentiment by adding guitars and vocal harmonies to flesh out the song.  Each song has Ambel’s trademark distorting guitars that match well with Andrew’s voice, electric and acoustic guitars, bass, and keyboards supplying support. The other players supporting the dynamic duo were Dave Hadley on pedal steel, Brian Simms on accordion, Kenny Soule, and Earle Z. Drummond Jr. on drums, and then ellen cherry and Mary Lee Kortes on some harmonies.

On the opening track, “Out Of Control,” based on an opening line from Claude McKay’s “America” poem, a scenario that is unfolding right now across the U.S., “Darkly, I gaze into the days ahead,” a piece of prose that reveals the duality of America’s promise to people of color. Andrew looks at it from this angle; “The boiling point has been reached, and this snake must stop swallowing its own tail.”

Songs on this album like “Don’t Die For Their Money,” “Uh Huh” and “Lie Until it is True” answer and echo the tension between the powers that be and how they are feeding off society’s fragile state during this time with no shame in not hiding it. “Desperation fuels defiance and the first act of revolution is naming the transgression, so there is no mistaking mistake when you are offered a lie as a truth,” states Grimm. One crisis begets another as we trod through the year.

Don’t die for their money, you’re better than that

You light the match, and I’ll hold the fuse – “Don’t Die For Their Money”

To lighten the mood, the title track, “A Little Heat,” suggests a solution through the dark times for us to “smash our phones and begin to trust each other. I cannot offer up dark and depressing ideas without suggesting some type of a salve or solution.” writes Andrew Grimm.  A responsible songwriter must be willing to carry the burden of answering the most difficult questions.

In the last song, “Take Me To The Light,” he softens that recalls one of his “largest and longest” musical influences, Lou Reed, as those were the very last words from the famed punk-rocker before he passed. With Eric Ambel on guitar filled with fuzz face pedals and chugging riffs, you can hear the grit and gravel topped off with Andrew’s honest vocals. The power of the sun that provides so much for us humans to live here on earth. Grimm reassures us of the revelation of how we hurt, allows us to understand what happens and how we take grief and heal. And if we don’t, we’re fucked, again.

A Little Heat is modern folk music at its best, blending all genres to create a message; it’s about the news, the issues, and how we are going to solve it, one person at a time.

Andrew Grimm is the singer-songwriter behind the long-running Baltimore, Maryland band, June Star. The group formed in 1998, and over the last 20 years, he has been blurring country and rock and roll sounds while writing songs about love, reminiscent of The Replacements, Lou Reed, Big Star, and Chuck Prophet. Grimm is an English professor at McDaniel College (Westminster, MD), where he trains freshmen how to dig deeply into a text, pull it apart, understand it, and ultimately respond.

Whether with a band or solo acoustic, Andrew Grimm’s words and voice cut with immediacy and emotion; his performances invite the listener to see where it hurts and how it gets better. 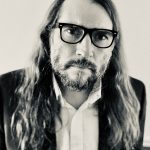 Uncategorized
Get ready to be inspired!
Raveis Kole Spread Their Wings With “ANGEL FROM MONTGOMERY”