In this corner, weighing in on the blues… Josh Hoyer! 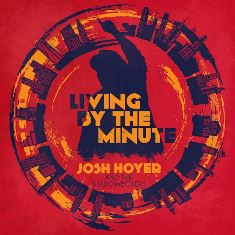 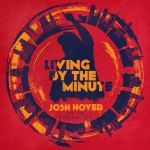 Be healed, be loved and come groove with Josh Hoyer & The Shadowboxers – New Release, Living By The Minute, out on January 13, 2015

It’s a TKO, a musical turnabout but more so; a funky, soulful masterpiece waiting to punch out the lights

Atlanta, GA – Silver Street Records Recording artist, Josh Hoyer & The Shadowboxers get into the groove with their forthcoming CD, Living By The Minute a mix of soul, jazz and blues, set to be released on January 13, 2015. This album was produced by Josh Hoyer and engineered by Ben Brodin at ARC Studios in Omaha, NE. The band set up live to record and within a few days, they pounded out songs sounding fresh, spontaneous and vibrant.

This vibrancy comes from Josh’s songs about love, loss, social awareness and that there is hope for all of us. He wants to empower and leave the listener craving for more. His travels around the country in a van back in his early 20’s with his dog, educated him in the world, focusing on people and community coming together as one. He left home in Nebraska as a young man, traveled all the way to the Northwest to turn around a few years later and landed in New Orleans where he became smitten with the Crescent City. That town turned his ears upside down his heart inside out and he found his calling.  Soul music called and he answered back with song.

“It is our mission at Shadowboxer shows to empower the listener. We believe in the power of Soul music and realize that if we all come together in a room and let every ounce our heart and soul come through those loud speakers that we can really change the dynamic of a community. We are all about exchanging SOUL with the PEOPLE!” – Josh Hoyer

Josh is an accomplished musician who can play piano, organ, clavinet, saxophone and has one deep resonating voice recalling the greats; Ray Charles, Otis Redding and of course, JB – James Brown.  Formally taught at an early age, it was the jazz sounds of Miles Davis and John Coltrane that really lit the fire under him to expand his musical horizons. The philosophy and spiritual approach of Coltrane’s compositions wowed him. “Miles taught me that space is almost more important than notes…music is what happens between the notes,” Josh explains, about when he hears Mr. Davis’ music and  after read his autobiography, “Kind of Blue”. So he learned how to be patient with the song, let it breathe even if it was left on the sideline for a long time.

Since forming in 2012, Josh Hoyer and The Shadowboxers have been a city wide success story. The fans are lining up to hear them as the media are lining up interview appointments. They won The 2013 Omaha Entertainment Winner (OEA which stands for Omaha Entertainment and Arts) for Soul Artist of the Year, then Josh was nominated for a Blues Blast Magazine award this past fall, for best new artist so the future is looking brighter every day for this group.

As the album opens up, the band bounces right into the beat, “Living By The Minute”, talking about life’s struggles, of living check to check and trying make it all work. The art of seduction comes alive with “A Man Who Believes His Own Lies” as the girl gets hurt and Josh sings about how he can be a better man than that. He’s quite convincing as he sings with the female voices supporting him, the chorus, “What can you do with a man who believes in his own lies?” The songs “Misfit Children” and “Over The City” talks about our social inequality and how in the verses he sings about the plight of one to  the success of the other and how we are turning a blind eye. His work with the CenterPointe homeless outreach program in Lincoln gave him the raw emotions to write such songs from a new angle.

“I write about what I think about and see in the world; not all of that is happy,” he laughs. “But the groove is.” – Josh Hoyer in a Hear Nebraska article

The “First One” is a true Otis Redding serenade, in all matters of the song. The structure, the instrumentation and Josh’s crying tenor voice. Throw in a King Curtis type saxophone solo and this has the elements of being a showstopper at live shows. He grabs the listener by the throat for he’s begging and pleading like Otis did in “Try A Little Tenderness”, the vocal tags and the staggering horns just pull it together gently.

“More than anything it was the vibe (soul music), the sound of it,” Hoyer said. “As far as doing good deeds and doing good work in the world, that’s from my dad. I think you have your immediate heroes in the world you live in, and your music can be a soundtrack to it.” – Josh Hoyer in a Hear Nebraska article

The Shadowboxers are a living, breathing group of solid players with guitars, brass horns, and the bottom end with the drums and bass. The band rocks the boat and then steadies the wheel to give Josh what he needs for his melodies and voice to shine through. Several of the members are well established cats, like Benny Kushner on guitar who toured internationally with The Millions and The Mezcal Brothers who were once signed to a major record label. Drummer Justin G. Jones has played with Billy Bacon and Stone River Boys (Dave Gonzalez- Paladins) while 19 year old bass player Joshua Bargar is a phemon carrying the bottom end.  The horn players, consisting of Mike Dee on Saxophone and Tommy Van Den Berg on Trombone are the icing on the cake, while they blow and wail around Josh’s vocals. They aren’t kidding around.

Josh has reached that platform of performance greatness that has been living inside him, and now he’s ready to throw the first punch at you, the listener.

Josh and his band, will be touring in support of Living By The Minute this winter with radio support to create the best possible campaign behind him. He is booked by Monterey International and Pete Knapp will be in charge of his radio promotion.

Silver Street is owned and led by Charles Hull, an award winning brand marketer and entrepreneur with over 15 years of experience co-owning and managing the nation’s leading youth marketing agency, Archrival, where he worked with clients including Red Bull, Adidas, Oakley, Zappos, and Motorola. Himself a songwriter and musician, Hull enjoys working with the label’s roster to develop effective branding, packaging, merchandising, and promotional strategies.

For more information on Josh Hoyer and The Shadowboxers please visit their website: JoshHoyerandtheshadowboxers.com  and http://www.silverstreet.us/artists/josh-hoyer/

Please give the photo credit to: Hooten Images with Styling by Meghan Schense