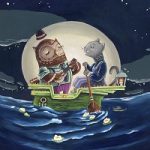 Ryan Dillaha Shoots From The Hip

WhistlePig Records recording artist, singer-songwriter Ryan Dillaha releases his single, “Gunsmoke” to fans on November 1 via the label’s digital platforms. This is in advance to his full-length label debut Closer To Better out on December 13, 2019.

Ryan will be performing on that lucky Friday 13th at Ant Hall in Detroit, MI, in celebration. For tickets: https://www.planetant.com/music/november-2-f7g2w

This well-crafted and sparse arrangement echo the pain of heartbreak and the trauma that goes with a relationship going bad. In good metaphorical fashion, Ryan compares it to two gunslingers who can’t stop fighting each other by taking a page out of a western movie. “It started as a break-up song called Let Go, but it was my buddy songwriter Don Duprie’s idea of changing the word from ‘stale smoke to gun smoke’ that sparked the gunslinger metaphor and then I was able to bring the song home.”

Ryan’s imagery is sparse, and along with his jagged guitar picking, you can hear the honesty in his throat.

So, we made plans

to meet at high noon for a last stand

one Colt pistol in your steady hand

one hair-trigger in your grasp – “Gunsmoke” (BMI)

The songs on Closer To Better caught the attention of his producer Bunky Hunt; “He opened up the kimono and shared things in his songs few artists dare delve in to,” says the affable WhistlePig label owner. “When I first heard these songs, I envisioned a Rick Rubin/Johnny Cash vibe, and the powerful songs transmit something similar to the lonesome sound of Hank Williams.”

“Working with Bunky on this record was a more collaborative experience than I have ever had outside of a band setting. I turned over the reins to him completely in terms of production, and as a result, we made a record that contains both of our personalities. Also, this record is different from anything else I have recorded in the way it pushes both inward and outward. I think I’ve written some of my most personal and brutally honest material here, but I also wrote in a more narrative direction with my songs that were certainly not about me or my life. Both things are steps forward in my process.” – Ryan Dillaha

About Ryan Dillaha: The Michigan native once worked at a steel mill, and to let off the 9 to 5 steam, he played in bands on the weekends. He earned a Phd in literature at Wayne State University and now teaches at Oakland Community College. Ryan’s music education was a mix of country, Motown and good classic rock n roll, the kind with swagger; so, combine that with a long list of favored authors – he’s a singing poet!