Wallflower, Wallflower – won’t you DANCE! with me! 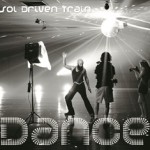 Don’t Be A Wallflower!

“With the album DANCE! we have put on our boogie shoes.  These songs are intended to lift spirits and spread smiles.  Push back the furniture, crank up the volume, and move your body to the beat!” – SDT

Atlanta, GA – On March 17, Sol Driven Train will release their 12th album, DANCE! on their own label, Sol Driven Train Records. This tasty collection of songs was produced by the band and Jeff Hodges at Charleston Sound studios. Hailing from the Southern port town of Charleston, SC, the band prides itself as being charmingly eclectic. As the New Year opens up, the Train keeps rolling with the release of DANCE!, a hectic touring schedule across the US and Caribbean, and a spot on the Atomic Music Group Showcase at The SXSW Festival on March 20th in Austin, TX.

The band celebrates a milestone this year for it’s been 15 years since SDT was birthed. They have released 11 independent albums, including two children’s, a live DVD, and an EP, all driven by their DIY ethos. They have asked fans for funding, and those loyal Train riders have answered back, once with their 2012 release Underdog and now with this year’s DANCE!. They also love to give back to their community with many charitable performances supporting local educational and environmental initiatives.

Over the years of relentless touring, Sol Driven Train has played shows with some of their musical heroes, like Bruce Hornsby, the late great Levon Helm, and Tab Benoit. These opening slots have impressed the headliners so much they were invited back on several extended tours.  During these shows, new fans have been won over by this infectious live band and the joy that they transmit from stage.

Who is Sol Driven Train and why are they always smiling?

SDT consists of Ward Buckheister on guitar, trombone, and vocals; Russell Clarke on saxophones and vocals; Matt Thompson on bass and vocals; Ross Bogan on keyboards and vocals; Wes Powers on drums; Joel Timmons on guitar and vocals. The smiling part comes from the sheer joy of doing what they love and making everyone around them happy. There is a palpable sense of brotherhood, mutual support and a creative independence that oozes into the crowds.

DANCE! is one of those albums that will make everyone jump for joy. Stylistically it bounces from reggae to jazz, from folk rock to jam band styles, and the band navigates the winding road with a sonic playfulness. Their vocal melodies and harmonies recall the genius of Brian Wilson and The Beach Boys, while their musicianship has a strong resemblance to the bands of James Brown and Paul Simon.  While the album offers fun beats and witty lyrics, it also gives some insight into the band members’ personal lives.

Old-school fans of the band will enjoy Joel’s contributions like “Coconut Tree” and “Greyhound Station,” written on a sailboat during an epic around-the-world trip in 2003-2004.  “Gravity” and “Everest” are songs of Ward’s that were written during the band’s 2008 Lighthouse sessions and while these songs weren’t included in that album, they are incredibly personal. Multi-instrumentalist Ward has celebrated five years of sobriety, and his clarity combined with the musical maturity of the current lineup has given new life to these live show standards.  “Crazy Dancer,” “Lobstamandaughta,” and “Big Easy Walk” are danceable tunes reflecting Joel’s gratitude to the people and places that they have visited over the course of 15 years.  The album closes with a stripped down a Capella number, “Altitude,” where all six members sing and play body percussion in a doo-wop style love song. You can hear the warm breeze in their harmonizing voices.

The front cover gives it all away with Russell Clarke looking like John Travolta in Saturday Night Fever in that iconic pose. Everybody knows what that means. Will you dance the mashed potato? The rumba? The tango? Or just do the monkey?

The band’s touring schedule is being handled by booking agent Logan Bosemer of Atomic Music Group in Nashville, TN. The band’s radio campaign is being promoted by Brad Paul of Brad Paul Media located outside of Boston, MA. SDT is active on the following social media platforms – Facebook, Twitter, YouTube and Instagram and you can access them and more by going to their website: www.soldriventrain.com

To hear a streaming link of DANCE! click here: https://soundcloud.com/soldriventrain/sets/dance-sneak-preview/s-XdGI4

To download a photo of the band for publication and please note photo credit: Carlin Timmons  http://wp.me/a4AfYg-2T