Jefferson Grizzard Sends Fans Into A Daydream Of Hope 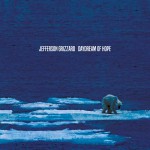 Jefferson Grizzard Sends Fans Into A Daydream Of Hope

New CD Out On January 15th

Engaging Singer-Songwriter Wears His Heart On His Sleeve

“It is usually an empathetic nature that gets you going in the first place.”- Bono– U2- on songwriting

Back Porch Syndicate Records recording artist Jefferson Grizzard reaches a higher plateau with a new batch of songs, with his January 15, 2016, CD release Daydream of Hope. Grizzard has been on the outskirts of the music scene and now coming into his own by tackling themes of love, loss, social and environmental issues. This is the follow-up to his critically acclaimed CD, Learning To Lie on which Willie Nile co-wrote “When Levon Sings,” paying tribute to legendary drummer Levon Helm of The Band.  The young artist has just been booked for a Leon Russell tour starting February 18th through March 12th, 2016.

Grizzard is a lone wolf in a creative world wearing his heart on his sleeves. He’s an old soul with a punk rock attitude in his approach to his career; he recalls the solitude of the artist that just wants to create and slide it under the door. The use of language in his songs is chosen very carefully; so it becomes a very deep and emotional process to allow the listener to be drawn into his world.

Jefferson weaves empathy into songs like “Give Me A Sign” that speaks of a broken man who is on the verge of escaping the town he lives in. The character talks loss, love, and regret, and Grizzard brings it full circle as he closes the song with; “Wander drunk straight outta town/I’ll kiss your grave before I take this trip.”

In “Fallout Frenzy” he sings about a hostile situation as it plays out, and the killer becomes chicken as he makes a mess of things with blood – did he commit suicide or did he just give up? Perhaps Grizzard is reacting to the recent episodes of humanity indignity that have been erupting around the world.  He seems to have touched upon the keenness of a first impression or maybe a bad vibe in the air; “I knew it was him from the moment too fast/Was the glare in his eye and/The knife in our backs.”

As “We’re Just Kids Babe” opens up the listener will think of Tom Petty or a young Bruce Springsteen in “Thunder Road” or “American Girl” –  songs that begged us to listen closer and paint a very passionate picture. The song is filled with visions of a modern day Romeo & Juliet with a twisting dark side. The colors, the shapes as the mood gets steamy as he writes about beds, cats and clearing his head.

“Grizzard is a student of the old school, rock and roll syndicate, and he joyfully embraces the cranked up slash and burn excitement that can only come from American rock because he is American rock… a unique songwriter on his way to becoming a rising force for a whole new generation of music fans that still believe that real music comes from a human voice and a guitar.” — John Pfeiffer /Aquarian Weekly

Jefferson Grizzard is an anomaly in today’s world of manufactured, disposable entertainment. He deftly mixes his poetry and melody to craft stories and characters live in his songs. Keeping great company with his contemporaries (Bob Dylan, Leonard Cohen, and Tom Waits to name a few) Grizzard delivers his unique brand of Americana.

The dictionary says empathy, is a word derived from the Greek word empatheia that comes from the word “pathos” which means feeling. So by the definition, empathy means, “the ability to understand and share the feelings of another.”

So that means it’s a person, a place or a thing. So having empathy is something that we as humans, who live in communities, should share with each other and we all need more of that in a dangerous, clouded world that we live in. Grizzard is sharing what he sees and hears with Daydream of Hope.

Ben McRee manages Jefferson out of Rome, GA and radio promotion will be handled by Brad Hunt of The WNS Group.

To hear a steam of Daydream of Hope click here: https://soundcloud.com/earsofmine/sets/daydream-of-hope-jefferson