Clay Harper – a walking, talking history of ATL and beyond… 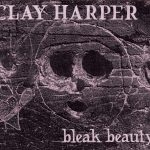 ATLANTA – Legendary musician and founder of Atlanta’s favorite pizza joint, Fellini’s Pizza, Clay Harper has never been one to wear the same mask twice, and bleak beauty is a brilliant artistic mix of sounds and poetic language. The album will be released on May 29, 2018, and there will be a special show on that Tuesday– 8 PM at The Avondale Towne Cinema at 106 N Avondale Rd in Avondale Estates, GA:A taste of what to expect:

“I WAS TRYING TO SOUND LIKE…” SONGS BY CLAY HARPER PERFORMED BY KEVN KINNEY, MURRAY ATTAWAY, AND ERROL MOORE

“Harper upset the ‘80s with the Coolies, a high-velocity band that deconstructed the Paul Simon Songbook. He’s continued to challenge social mores and the accepted norm through spirited projects and guises as both an artist and a producer. With his new album, bleak beauty, he’s realized the only person you need to be is yourself.” – Tony Paris, longtime Atlanta music journalist

bleak beauty was recorded by Harper and Ruairi Kilcullen at RDK Audio in Little 5 Points and mixed at Harptone, both in Atlanta. Guests on the record include Chaz Jankel, Rick Richards, Kevin Scott, Mark Johnson, Tom Gray and Mark Bencuya all contributing to the icon’s eclectic style.  The sounds are stark and pure; the words are honest and straightforward.

“I depend on my friends to help make my songs.  I admire and respect their talent that they generously give.  They try hard for us, and I try hard for us.”

“One constant in my life is music.  Most of my friends are somehow involved in music.  We talk about music.  We share discoveries.  I can’t function without it. Happy or sad…there’s a soundtrack.” – Clay Harper

“bleak beauty is the soundtrack of a hard time for me as I attempt to process and make sense of the illness and death of my partner, Stephanie Gwinn.   We were together 20 years.  We were living in San Francisco.  After about a year of mysterious symptoms, it was discovered that she had a brain tumor.   Over a heartbreaking six-month period, it eventually took her life.  Stephanie was a very private person. This record is not really about her…it’s more about me ~ my feelings of love, fear, and loss.  Feelings that are certainly not unique to me but are personal and unsettling.  Sometimes life comes down to just sadness and coping.  That’s now, and that’s this. “ – Clay Harper

As the album opens up; so does Clay – his voice is deliberate as he states his convictions with his conflictions. The simple strike of the piano keys of Mark Bencuya the opening song, “bleak beauty” sets the tone for the rest of the album. He admits he’s lost, he’s in trouble, and he will find his way.

Rick Richards acoustic slide guitar on “The Kindness Of Strangers” is an excellent compliment to the bass that vibrates underneath with Clay’s narrative of several incidents of bad taste, bad news over the phone and wondering question of why?

“Stephanie Sleeps,” it’s very telling to hear the trio play a melody that will never have words.   “I don’t know what to say.”

The last song, “I’m Not High” searches for the presence in nature of his lost love while reaffirming to her and himself a commitment to life and living.

“The title of the album is borrowed from the blog of writer, filmmaker, and photographer Danny Lyon.   It captured what I was feeling and consequently trying to accomplish.  I wrote to him, and he graciously permitted me to use “bleak beauty” as the title.” – Clay Harper

“Our friend Kosmo Vinyl did the cover.  He’s intuitive and tremendously talented.  I think it’s a beautiful piece of art and I’m very grateful,” says Harper.   Kosmo Vinyl has been a fixture on the rock scene since the 1970s with his work with The Clash, Ian Dury and Atlanta’s own, drivin’ n’ cryin’ at Clay’s former recording studio, Casino Studios once in Little Five Points.

The image on the album’s cover is an adaptation of George Brassai photographs of graffiti in Paris from the early 1900’s. Brassai was a French-Hungarian visual artist that was most recognized by his photos of the city of Paris at night.   Kosmo was able to render a “tough and romantic emotion at the same time” for Harper’s music. He equated it with carvings made on trees, caves and other surfaces giving it a temporal feel.  Even down to the lettering of Clay’s name and the album title it all came together as it should.

Clay is one not to sit idle. Over the years he’s written children’s books, collaborated on friend’s albums and been an Atlanta icon. He keeps his music close and his friend’s closer.

Raised in Philadelphia, Clay moved to Newnan at 14 and 18 to Atlanta.  There he took a job at Franco’s pizza at Brookwood Station and thus the idea of Fellini’s was born.  Fellini’s Pizza opened in 1982 and is still a popular place for musicians and artists to meet, eat and work.

In the 80s he formed The Coolies and was signed to DB Records, owned by Danny Beard, also the owner of one of Atlanta’s favorite vinyl shop, Wax N Facts.   DB’s roster included the B 52’s, Pylon. The Method Actors, The Swimming Pool Q’s, Guadalcanal Diary and more.  The Coolies released two albums and then disbanded in1989.   Two albums by The Ottoman Empire followed.  Then East of Easter,  a collaboration with Wreckless Eric.  He collaborated with the Atlanta West Indian Musical community on Antoine Electra, Gotta Get High, and Island Gruve Supper Club, Mighty Fine Everlasting Music.  His brother Mark Harper and he co-authored the children’s book/cd  “Not Dogs…Too Simple” with a cast that included Mo Tucker, Ian Dury, the Reverend Horton Heat and Cindy Wilson.  That was followed p with “The Slippery Ballerina”  also featuring Ian Dury and Mo Tucker with Bobby Byrd, Wreckless Eric, Colonel Bruce Hampton and Susan Cowsill.    In 2013, he released Old Airport Road (Terminus Records) with Kevin Dunn, Glenn Phillips, blueswoman Sandra Hall, and the late Colonel Bruce Hampton.   That album found its way to legendary music critic Robert Christgau, who gave it an A- by stating Harper delivers “beautiful songs with a despairing look at the world.”

Uncategorized
This is gonna be great…
Blast off! Angie Aparo – USA Today and GPB