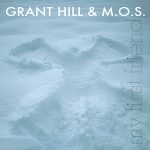 Songwriter embodies the essence of friendship

California based songwriter Grant Hill and his band M.O.S. presents to the world his long musical journey with the debut of Hill’s song called “My First Friend.” A song about a cherished childhood friend will be the first single off his 2021 debut album, fly – a genre-crossing album filled with swelling choruses, grabbing melodies, and detailed perspectives. Recorded at the legendary EastWest Studios in Los Angeles with producer Les Camacho (Iggy Pop, Massive Attack), is set for release on February 19, 2021.

Grant Hill hails from Vancouver, Canada but has made Los Angeles his home for almost twenty years; he spent his younger days chasing his dreams by running into the wind, later falling into his rabbit hole and stumbling through the darkness only to come out on the other side. He’s had a survival attitude, a tough grin, and a lead foot for life at times, but his natural talent for storytelling and conveying emotions will impress any critic. His influences pull from iconic songwriters like Neil Young to Bruce Springsteen to the modern sounds of Griffin House and Anders Osborne; Grant can give the listener something to resonate with while he spins his lyrics.

As the tender acoustic guitar opens up the tune, Grant takes the listener on a walk with words about their early days growing up together, playing in the snow, recognizing her achievements, and finding her knight in shining armor. The two friends were protective of each other while growing up, families blended activities, and by the end, Grant sends her off with the swelling music as if she were flying through the clouds.

Look forward to your future

As I raise this glass– “My First Friend”

Grant Hill’s debut album fly depicts a journey of a man who didn’t quite know who he was until he got to each place along the way. He met some colorful characters, experienced some love and heartbreak only to rise from the ashes. With that dichotomy of experiences, his songs bring forward a glow of hope that can only come about through a clarity of vision and an in-depth look at one’s spirit.

Backing Grant on “My First Friend” is his band M.O.S., whose members include – the late Orlando Sims on bass (Chalk Farm), guitarist Jared James Nichols, drummer Devin Lebsack, Joel Stites on keys, and Rafael Padilla (Chris Isaak) on percussion. They have created a backdrop of sounds that carry and complement Grant’s voice and lyrics.

As of the end of 2020 and the upcoming holidays, it will be music that brings us together, whether we are 10 miles or 100 miles away.

Uncategorized
RAVEIS KOLE AUDIO PHENOMENON 3D IMMERSIVE ALBUM – OUT 10/23
Book your flight with Grant Hill and fly with debut album out on February 19, 2021