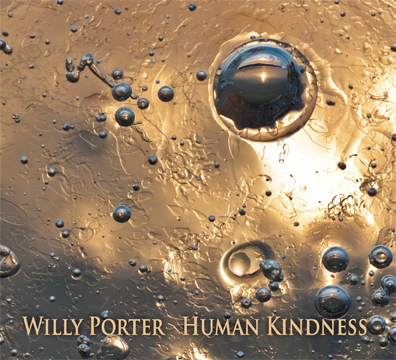 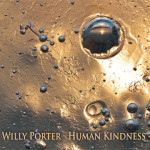 With Willy Porter – CD Out with Tour Underway

Searching for the shaman that lives inside the guitar has led Willy Porter on a musical and personal odyssey spanning over two decades, 10 albums, and multiple continents. His journey remains defined by an independent drive to evolve as a musician and human, affording him the freedom to create the next song on his own terms.

Equally accomplished as a guitarist, singer, and songwriter, Porter’s songs weave a universal perspective about the questions, struggles, and triumphs of human existence. His live shows are guitar-driven events–equal parts grit, soul, and muscle–that are electrifying, dynamic, and wholly original in the way that Porter’s voice blends and fuses with his virtuoso fret work.

Porter’s recent record, Human Kindness (2015), showcases his acoustic, electric, and multi-string chops, brought to bear in service of a great collection of songs.  Willy feels like this is his most creatively and musically ambitious disc to date. Featuring the talents of artists such as Natalia Zuckerman, Martin Barre, Carmen Nickerson, and Peter Mulvey, Human Kindness sets Willy’s intricate guitar picking against a big studio sound on a stunning book of songs that explore themes about connection, compassion, and the human journey.

This album is a driving, tuneful return to the pop sensibilities of his best work that also highlights Porter’s growth as a writer, musician, and producer.

In addition to making a life in music, Porter finds ways to make an impact on local and international levels. He is an active supporter of Advocates of Ozaukee, a shelter and treatment facility for victims of domestic violence and abuse in Mequon, Wisconsin. His annual benefit concerts have raised more than $90,000 for this organization to date. Porter also gives his time and talents to helping behind the scenes at First Stage, a world-class Milwaukee-based children’s theatre company. His recent involvement with Kids4Peace International works to bring kids from Palestine, Israel, and the Middle East together with American kids to work towards a dialogue of mutual respect, tolerance, and understanding in hopes that the next generation will have leadership comprised of strong, peaceful voices.

Willy Porter lives in Milwaukee, Wisconsin with his wife, two children, and their Beagle/ Terrier, Charlie.

Willy’s Touring Schedule can be found on www.willyporter.com

To set up an interview or more info please contact: Jill Kettles at jill@missjillpr.com

Uncategorized
Jubilee Riots: An Artistic Triumph With Penny Black
be careful how you stack ’em