Kodachrome is good on a sunny day… 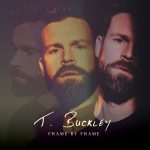 Buckley Snaps A Picture Of His Musical Community

With new album, Frame By Frame
Out 11/5 on Fallen Tree Records

An introspective recount of what community is all about

“Frame By Frame is a collection of moments looking back at our families, communities, lovers and friends – those closest to us, who make us who we are, from the touching moments to the dark truths.” – T. Buckley

Award-winning Canadian songwriter T. Buckley (T is for Tim not related to the late Tim Buckley) looks through the lens of life with his second solo album, Frame By Frame, out on November 5, via Fallen Tree Records. Buckley delivers another trademark smooth and soulful vocal performance that makes him one of western Canada’s most talked-about artists. The recording sessions were fused in the winter of 2020 at the National Music Centre in Calgary, Alberta, with notable producer Jeff Kynoch and a core group of players: Jesse Dollimont on mandolin, guitar and backing vocals; Mitch Jay on stringed things; Steve Fletcher on keys and organs; Dan Stadnicki on drums; and Keith Rempel on bass. Kynoch’s open-minded sonic approach makes for an excellent pairing with Buckley’s spirit of creatively pushing the envelope.

“Songs this easy to understand and enjoy are crafted and polished, every thought precise and each little line a gem” Bob Mersereau/CBC correspondent

Buckley started to write these songs as he was prepping for a session in Montreal, and well, 2020 rolled around; the Universe had another idea. “Stay in your beloved town and help each other out by recording there. It’s good for you, good for them, and good for the community,” it seemed to be saying. So, he obliged.

Opening the album is “Wildfire,” which is pure modern Americana (a little Buddy Miller, a dash of Lyle Lovett, and a pinch of Rodney Crowell). The arrangement is lush with jangly guitars, a steady beat, and that warm organ sound humming underneath. Written about his sister and his daughter, for they are kindred spirits as he says, singing about “fierce determination to overcome people that doubt you and the obstacles in front of you,” Buckley smiles.

The first radio single off the album is from the perspective of a young person who has been convicted of a crime and must get back into life after being discharged called “Holding My Place.” The song’s rich imagery reveals how the universal judicial systems fail the human spirit to leave them cynical and frustrated when all they needed was a listening ear or helping hand. Tim saw these broken-down people firsthand when he worked with them in a past job; he gives them a voice in this song.

Sometimes we get a clear picture of life when we look back, and that shines through with the title song, “Frame By Frame.” T. Buckley describes the inspiration for this song – it’s about his Grampie and his time spent with him – and just as in a movie, the songwriting is so strong, you can smell the old car, feel the shirt, and see the shoes. It’s picture-perfect.

“All we have are moments

frame by frame” – “Frame By Frame”

Hailing from Calgary, Alberta, Canada, Tim started with a trio that gained a fanbase with three albums of material before they split. Then he made his way as a solo artist, writing songs with John Wort Hannam and Don Henry (Ray Charles, Kathy Mattea), to name a few. Working with a well-known Nashville songwriter like Henry kicked his game up a notch; so, he polished his skills and pushed his arrangements to be what they are today. Buckley’s influences run from traditional folk to rock to various music movements worldwide, like Laurel Canyon in the ‘70s or Greenwich NY café days in the ‘60s, telling the story in detail and embedding it with a message. This kind of dedication to craft continues to make Buckley’s name known across the Canadian provinces and mid-western states, steadily establishing him as a truly prolific and celebrated songwriter with his eye on the world.

Buckley’s 2018 debut, Miles We Put Behind, was a critical success for the gifted songwriter who pushed his creative boundaries by working with Grammy-nominated and multi-genre enthusiast, producer/engineer Howard Bilerman. The slick-yet-measured interpretation of Buckley’s tooth and bone songwriting style gave new life to his narratives and earned a Canadian Folk Music Award nomination. For a young writer, getting such accolades was eye-opening and humbling.

Buckley has been honored by his homeland’s musical community over the years:

Top Calgary Artist of 2018 by the Calgary Herald

Buckley’s album, Frame By Frame, explains a lot of what we are all searching for as we meander through our days; wondering who’s on our side, who’s listening and who loves us. Life is a loaded question and with Buckley’s sonic snapshots, as the old Faces song goes, “every picture tells a story, don’t it?”

‘Tonight, my highway companions are the stardust and the moon

Cigarette, dashboard radio, going in and out of tune

I’m running out of chances, so I gotta make this count

The things I’ve learned to live with, I’m trying to put them down” – “Before I Get To Turn Around”