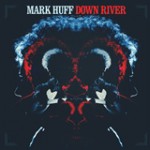 Mark Huff Gets Intimate With Ghosts, Past Loves And His Soul

On 6 Song EP Down River

Atlanta, GA – Singer-songwriter Mark Huff creates a moody cinematic six song EP called, Down River, produced by Mark Huff and Mark Robinson (David Olney), that came out on January 22nd on Exodus Empire Records. The result is a collection of an epic, cinematic sweep that ranges from the urban demimonde to the Gothic South to the back pages of Huff’s own childhood.

“He will, however, always have an advantage in that he can always tell his own stories and create his own songs and do so in a way that speaks to the listener.” – David Bowling/Daily Vault

The vibrancy of Huff’s eighth solo release — which ranges from full-tilt roots rock to gospel-fueled allegory — is apparent from the first elegant, gliding guitar notes of “Just Before the Fade,” Down River’s opener. The song is a romance noir — brimming with sad-eyed obsession as it plumbs the empty spaces of the heart. A haunting minor-key instrumental coda with flashes of Pink Floyd-style six-string reinforces the tune’s emotional core.

“Mark Huff is one of the very best, a unique artist with his own take on Roots Rock. Mark is a true old-school troubadour, but with a very modern vision of where his music should take the listener. This is one of the coolest projects I’ve worked on, artistically and sonically.” – Mark Robinson, Guitarist and Co-Producer

The EP’s other tunes were written in a 10-day creative flash. “I’m constantly carrying around lyrics and whole songs in my head,” Huff explains, “and with the sessions coming up these particular songs began to gel and were finished in a wave of inspiration.

Born and Raised in Las Vegas, Huff formed bands with his late brother Rick, who inspired the song, “Teardrop In Your Drink”. “We both started playing music together — me on drums and Rick on guitar, and he encouraged me to become a singer and a frontman,” Huff recounts how when they parted musical company, he formed his first original band, the punk- and British Invasion-inspired Smart Bomb. Soon they were drawing as many as a thousand fans their shows in and around Sin City. After some time, Mark felt the tug of Music City, another town filled with misfits, players and gophers. “I moved to Nashville 12 years ago, and the quality of the songwriters and musicians in the city really encouraged me to raise my own bar, and these songs represent a new high-water mark for me.”

“Down River” rocks with the tenacity and determination of one who has paid his dues across many miles on the road. – Bob Bell, former national buyer for music retail chains Wherehouse Music and Virgin Megastore

As he preps for the new year, Huff finds himself looking at the road map to spread the love of Down River around. A writer with a colorful, introspective mind claims, “I’m the most at home playing to a roomful of strangers.”

Uncategorized
Zito brings his Wheel back around…
Funkaliciously Yours, Cyril Neville