don’t ever let them see you sweat… just breathe… 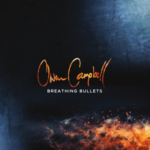 New Album Out On August 19

Aussie blues-rocker clips cars as he speeds down the road

Atlanta, GA – “His grit and passion are sublime, and his unique storytelling is a true gift,” is what producer Devon Allman says about musician Owen Campbell. The Oz native brings his smoky vocals to the U.S. with his new album, Breathing Bullets on August 19th on ROC Records via MGM Distribution World Wide. This was recorded at High Low Studios in Memphis, TN and then mixed and mastered by the Grammy Award Winning wizard Tom Hambridge (Buddy Guy). Campbell will embark on a U.S. Tour in August with Devon Allman and Andy McKee.

Owen calls his producer, “a real soul surfer… hungry… and beyond expectations.”

Breathing Bullets is filled with many flavors of music that comes from his musical background. A native of Canberra, Australia Campbell began his musical journey at home when his dad, a musician himself, gave his young son a guitar at the age of nine. “My father was a big influence,” he says. “But so were Bob Dylan, Van Morrison, The Band, and The Rolling Stones. I always liked the way The Band brought variety and diversity to their sound. So my sound has bits of country, soul, Celtic, and rock. I love the variations.”

“I’ve had a rough couple of years, I guess it’s about that, coming back to busking on the streets after touring overseas, feeling a little entombed by it. So this is the Phoenix rising, a recreation of oneself… Something along these lines?” – Owen Campbell – about the song “Breathing Bullets”

The songs on Breathing Bullets are powerful with the clutch shifting chords in “Breathing Bullets”, hair rising melodies of “Eagleman” and to steady meter of “Rise” show off his musical chops. Campbell talks about nine lives, asking a medicine man for a sign in his journey and begs for love as he begins to age. His voice echoes both of a well-weathered man and an antsy, hungry young musician who asks questions about the world he lives within. Title song “Breathing Bullets” is classic Campbell, for he takes his cues from busking by tapping his feet and tinkering with the slide to make it almost wail. He pairs this with the local Memphis musicians that Devon Allman brought in, and he sounds very comfortable in High Low Studios.

Owen on the song “RISE”: This was written as the stark realization one has sometimes when you sit back and realize YOU have been the problem. Not all the people you blame, circumstances situations, etc… ME! Important to not to make yourself wrong for this realization but to affirm you’re gonna rise to the occasion, stronger for it, with gratitude for those that support you. And dealing with anxiety, every time I go on tour I think I’m gonna die… It’s not nice, but I deal with it!

Owen on the song “Eagle Man”: This was a crazy experience I had leaving the Grand Canyon, In the tour van I was in this delirious dog-tired state, and it came to me in a dream, a Gnarly old Indian man retold the story of Eagle Man:

In a time long before your great grandfathers there lived a people in the canyon, among them was the one they called Eagle Man. He was a fierce and fearless young warrior. But, he was miserable. All he wanted in the life was to become an Eagle. Every day he would rage with jealousy at the eagles flying above the canyon. He turned his back on his people and one day, he scaled the highest point of the canyon, adorned himself with eagle feathers, willing the gods to recreate him like an eagle, he jumped! And fell to his death…

I asked the old Indian man in the dream why he’s telling me this story, and he simply smiles and said; “You should be proud of who you are and grateful for what you have.” And I woke up… Might sound crazy but it was vivid as the daylight.

Over the past few years, Owen has released five albums that all stem from his fiery live performances. This took him from the sidewalks of busking to the stages of international festivals and theaters in a matter of just a few years. But when he appeared on Australia’s Got Talent show on national TV, he soon became a very popular contestant that carried him to the finale of the show. Even though he didn’t win the competition, his exposure served as a springboard taking him to a higher level in his budding career. In 2014 Own released The Pilgrim that land him some chart success in his native Oz and New Zealand on both countries iTunes charts and Australia’s blues music chart. This success carried him to the U.S. to begin conquering the larger audiences.

“Campbell plays the slide guitar like an angel on the harp with confidence, purity and a shot glass in hand.” – Vulture Magazine

He plays anywhere from 100-200 shows a year worldwide, and he’s always up to back to his roots: Busking. There he earned street cred and honed his chops as a slide player and singer. But don’t let that fool you he’s the total package of singer, songwriter and guitar picker.