Hey I hear an echo! 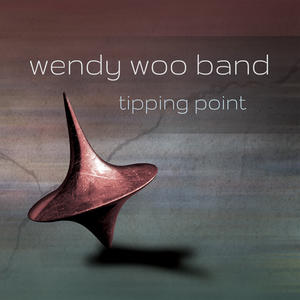 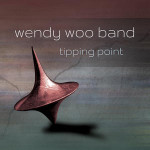 Shouting From the Rocky Mountains

New Release Out On May 9th

Atlanta, GA – Woo Music recording artists, The Wendy Woo Band, gets set to take their unique blend of rock, folk and Americana to the national stage with Tipping Point, on May 9th. The popular Colorado quintet, which consists of the ever charismatic Wendy Woo (lead singer/guitar), Robin Hoch (viola, guitar, vocals), Chris Maestas (drums/vocals), Mitch DeZwarte (keyboards) and Steve Cox (Bass). They are looking to take their regional success nationwide and Tipping Point appears to be just the vehicle to cross over state lines.

Tipping Point, recorded at Colorado Sound in Westminster, Colorado by the legendary Jim Gaines. Gaines’ resume, which includes Stevie Ray Vaughan, Carlos Santana, Huey Lewis and countless others made a warm, relaxing atmosphere for Wendy and the band to create and put forth their best effort.

Wendy’s alto voice along with her unique phrasing has often brought comparisons to Natalie Merchant with attitude. What separates the Wendy Woo band, however, is when Robin Hoch steps up to blend her voice with Wendy’s. The two have a tight, intuitive sound that is rarely found outside of families. The results are surreal. “I was in awe and captivated by her sultry voice and beauty” Wendy states in an interview with axs.com, Denver (2015).

The songs on Tipping Point are perhaps the album’s strength. The band shows more depth than the average “boy meets, girl/boy loses girl” subject matter. Wendy and the band choose to explore not only love but other subject matters which everyone can relate to. Songs like, “In the Middle,” speaks of human reconciliation while, “Today” reminds us to take in the good times and enjoy them while they are happening.

Wendy, the daughter of bohemian parents who were founding faculty members at Naropa University, was exposed to the unexpected in life. Growing up, the family home would be a social center with such visitors as Allen Ginsberg, Merry Prankster, Ken Kesey and Norman Mailor. In the past, Wendy has thanked her unconventional upbringing with the song, “One Way Ticket,” (unreleased live show favorite) which mentions growing up as a “beatnik’s kid,” and Gregory Corso teaching her how to play poker. Woo and her father also did an album of music and poetry together titled, Ecolalia, which was named by both the Denver Post and Westword as one of the top 10 Colorado albums of 2001.

While Woo grew up singing, she didn’t start playing the guitar until she was 18 and wanted to accompany herself. Soon after learning her way around the guitar, she began writing songs and performing in songwriting circles. She attended at both University of New Mexico and University of Colorado, where she studied various musical genres, theory and composition.

As Woo’s prowess grew she developed a technique she calls “Slaptap.” “Slaptap” is performed by using the guitar as a percussion instrument. She hits and slaps at various point of the acoustic guitar creating a performance art piece. The fluid movement between her hands and body keep the viewer focused throughout the song. You can watch her here by clicking on the photo.

Early on her musical journey, Woo took a job at the Fox Theater. This is where her ambitions started to take off and she began playing more frequently. She won the Colorado Lilith Fair Talent Search in 1999, which let her share the stage with an elite lineup that included Sarah McLachlan, Shawn Colvin and Sheryl Crow. She also toured nationally during this time, which helped her gain a larger following. Meanwhile, her accolades from the Colorado media grew exponentially, and the alternative weekly, Westword, put her in their Hall Of Fame.

Wendy has recorded more than 100 original songs, played over 200 dates a year and operating her own musical empire called WooMusic. But Wendy and her band find gratification in the personal relationships that have with past and present members creating a sense of family. Sacrificing their personal lives to be a part of something bigger they have all stayed in close contact with Woo, giving her a sense of comradery that can’t be replaced.

The Wendy Woo Band will be out on the road in support of their 11th release, and you can check out their tour dates here: www.wendywooband.com

To listen to a track to the album go back up to the top and click on the cd art!

For a downloadable photo: The Wendy Woo Band – color photo